Today was the first day of 6th Grade and Middle School for Quinn.

This is the year that parents drop off and don\’t walk kids to their classrooms.  We had prearranged to meet up with some friends so that the kids could go in together.

These kids are in Intermediate Band this year which is only offered as an additional class in the morning and they start 50 minutes earlier than the general population.  Quinn starts at 8:05 am and gets out at 3:10 pm.  It\’s a long day but the only way for Quinn to continue with band.  The sun was so bright!

Quinn and Principal Klinger.  I have been pretty impressed with Mr. Klinger thus far.

And off they go.   Quinn was not nervous and was ready to go (although not ready for the end of summer break).   I watched him for as long as I could.

We had several opportunities to go into the school before the first day.  Quinn picked up his books, got his locker ready, and also got his ID.

Putting his lock on his locker.  We got one with letters so he could spell out a \”word\”.  The word he chose is not a word but that\’s our boy. 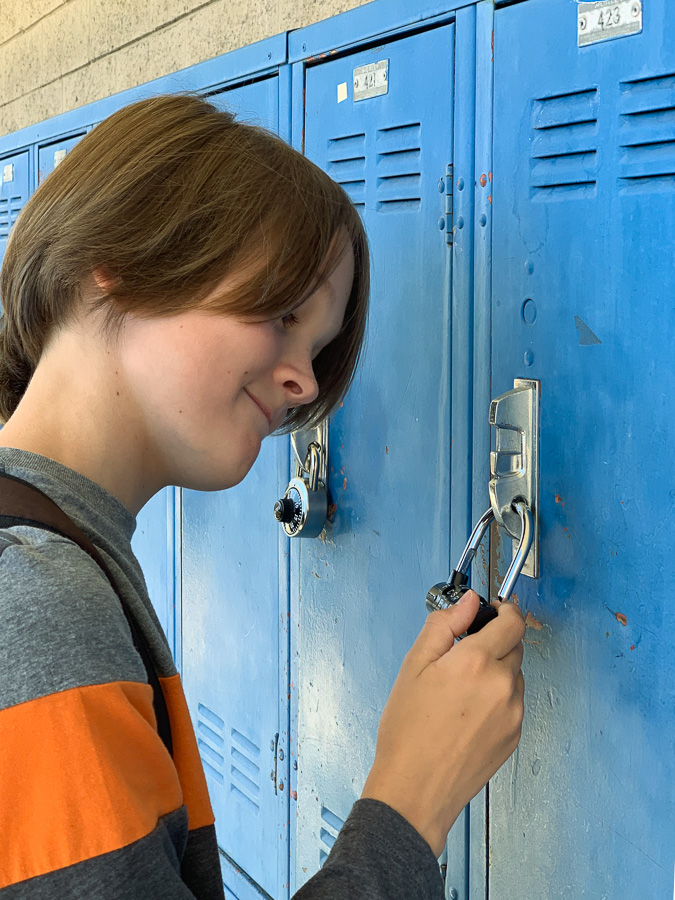