Skip to content
One of Quinn\’s best friends, Hayden, slept over on Friday night.  The boys were beyond excited about the big event.  Quinn has spent several nights at Hayden\’s house but this was Hayden\’s first night here.
We pulled out the water balloons and had a big, fun swim party.

After swim they ate bowls and bowls of popcorn and watched a movie before heading off to sleep around 11 pm.  Not too bad.

A little screen time first thing in the morning.   Don took them to TKD for a fun Saturday morning class.

Then it was off to an arcade warehouse.

You pay a $3 entry fee and have unlimited arcade game play.   They had my two favorite arcade games that I used to play ALOT in college:  Galaga and Centipede. 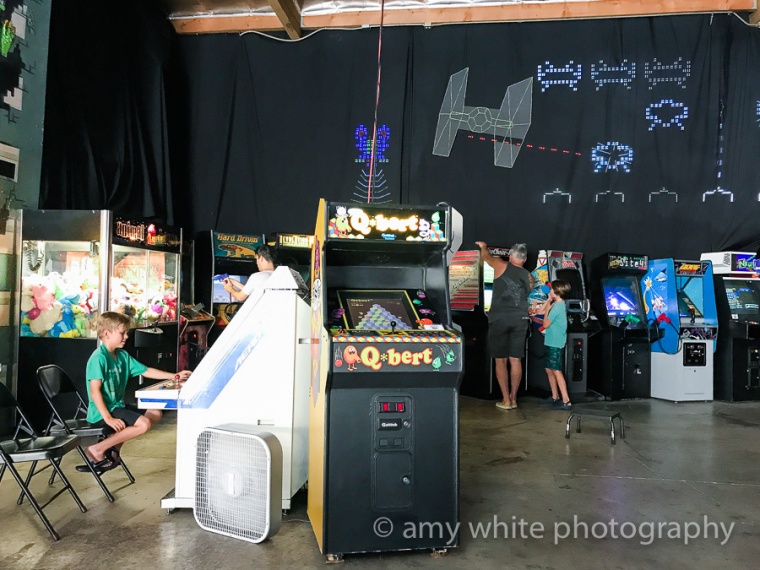 Did I mention it was 105 degrees that day in the valley and we were in a warehouse?  The sweaty blue-eyed boys after several games of air hockey. 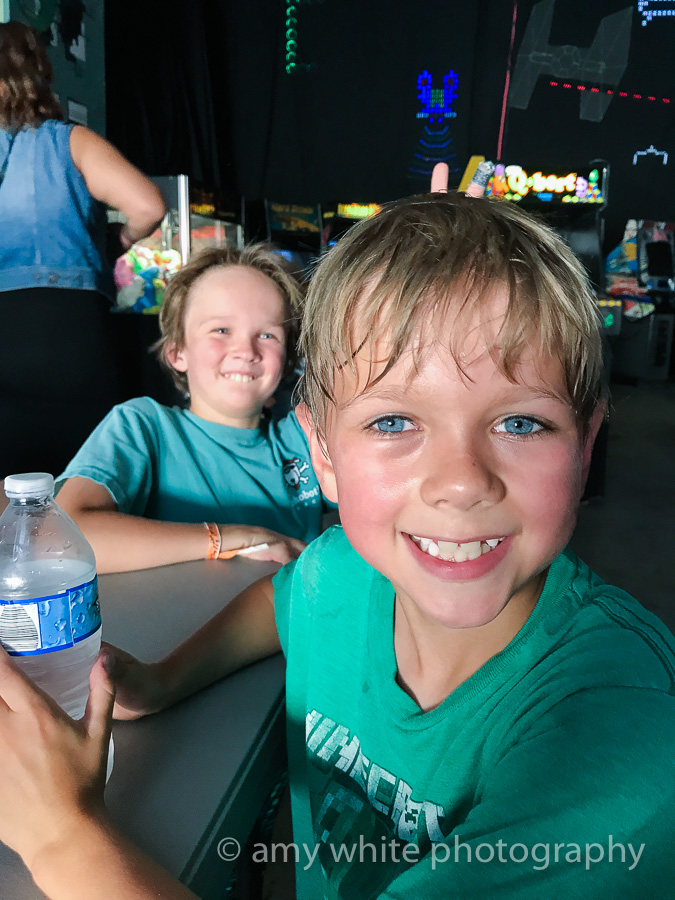 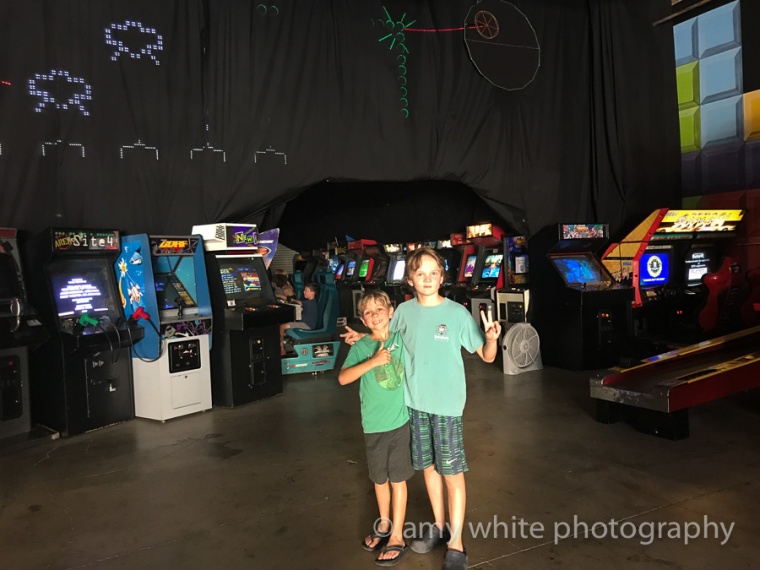 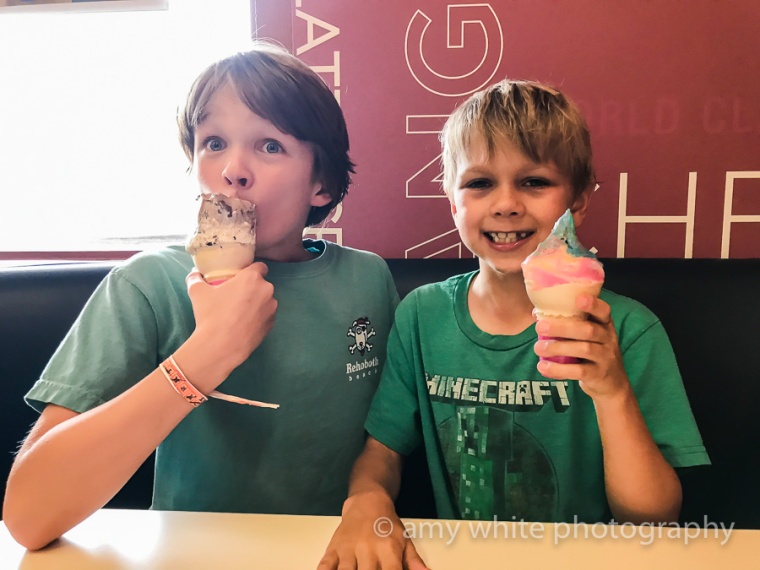 I have a feeling this is the first of many sleepovers.  In fact Don and I were talking about planning some weekend sleepovers so the parents can have a weekend away.