Skip to content
Quinn had a really tough moment one night last week.  Because of a video game.
OK, not any video game…Terraria.  It\’s one of his favorite games.  He even had a Terraria Birthday Cake for his 9th birthday. 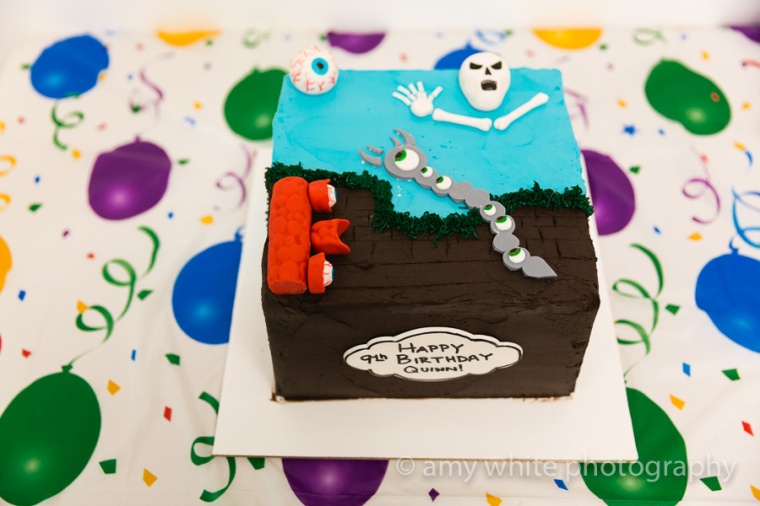 Quinn was playing the other night and accidentally hit the DELETE button.   He lost all the progress that he had made over years of playing the game.  He was in near hysterics.  It\’s hard for an adult to appreciate his 9 year old pain but Don was able to talk him down and calm him down.   Quinn kept telling himself \”It\’s only a game, It\’s only a game\”.
Quinn made a list of all the items that he lost.  And also a list of all the friends he would talk to about helping him build his game back up.

It was such a hard moment for him but I was so proud of him for working on a plan to recover from this loss.  He talked about his various friends that he knew would give him some items that he lost in the game.  And of courses, Hayden would come through for him.  It was a great learning moment for him.

The next morning he got up with a great attitude.  I mentioned to him that I would so proud of how he was handling the situation……and he said #LIKEABOSS.  Yes, LIKE A BOSS!

And that afternoon he had TKD.  They were doing one legged matches.  The girls were crushing the boys.  You can hear the kids cheering boys, boys, boys!

TKD One Legged Match from Amy white on Vimeo.

A couple of years ago it might have been very difficult for him to lose a match like this.  But he bowed, shook hands, and moved on.

Last proud moment of this post.  He worked hard and his grades went up.  All A\’s and E\’s (excellent) with an S (satisfactory) in PE.  But we agreed that the S doesn\’t really count….as long as he\’s trying his hardest and has a good attitude in PE.

I think you see someones true character when times are tough.  And Quinn had some challenging moments this week that for sure he handled #likeaboss.