He started about a year ago and just completed testing for his 2nd degree green belt.  It\’s a green belt with a blue stripe running through it.  Once he gets to blue belt, he is halfway to a black belt.  He has been told that\’s when the real works starts.

But, our cutie before testing.

With each new belt they learn a new, more difficult routine or \”form\”.  But, they have to remember the previous forms too.  So when testing for the 2nd degree green belt they performe Taeguk 1, Taeguk 2, and Taeguk 3.

And all the kids are expected to do the forms in unison.  There are about 30 kids there and only 5 from the Thousand Oaks TKD studio.

I think this was their 3rd try at Taeguk 3 and it was mostly in unison.  Someone (cough cough) may have been a tiny bit behind the group.    But he nailed it!

Then it was on to breaking boards.  You know he\’s going to crush this!

And then on to sparring.  Our sweet boy doesn\’t have a mean bone in his body so this really pushes him out of his comfort zone.  But with each match he gets a little bit better.  Quinn is in the back right corner near the door with the blue chest gear.   Master Ocampo from Quinn\’s studio is in all black with the pony tail on the left side of the picture.  You can hear him cheering Quinn on.

All the judges and Grand Master Yong Shin say their final words after testing.

Quinn said that a kid in testing named Zachary told Quinn that everyone passes testing.  Which is true.  However, they have to earn 4 stripes in 4 different categories before they are allowed to test.  And, the masters aren\’t going to send kids to testing that aren\’t ready. 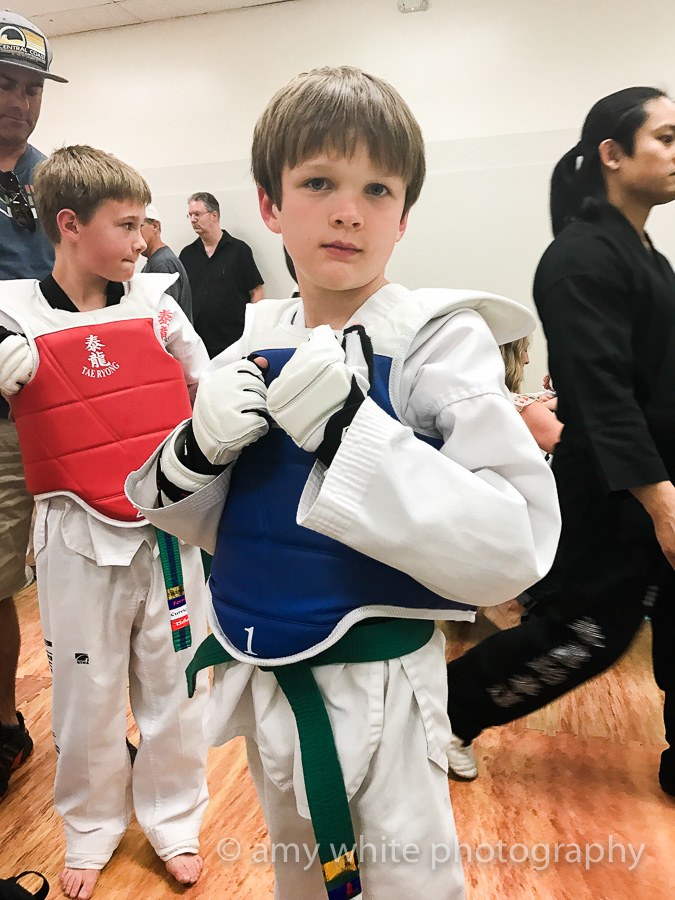 And on to belt ceremony back at the Thousand Oaks studio.    The green belts ready for their new belts.  The 3 kids to Quinn\’s left are siblings — ages 10, 12, and 6.  They started around the same time as Quinn and have moved up with him each time. 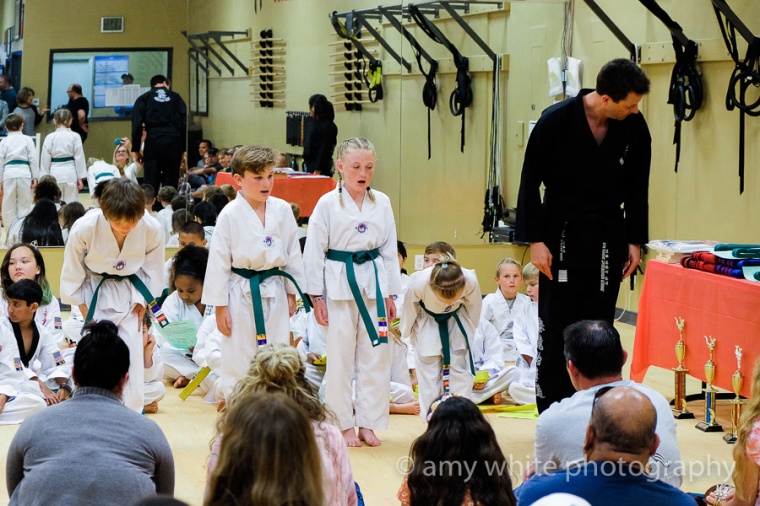 Quinn\’s little smile.  He was one proud dude! 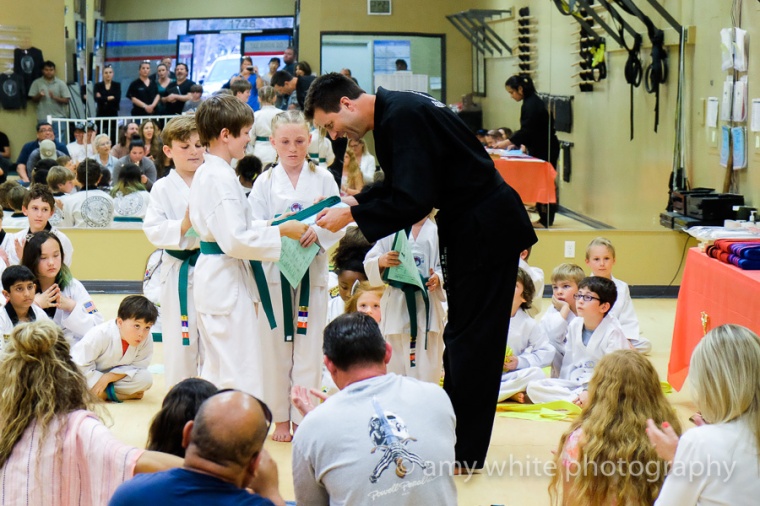 And do your best pose!  The dab, of course.  Master Stolsig helping out the youngest kiddo with a high kick.

We are just so proud of Quinn for sticking with this and giving it his all.  We celebrated with a sushi dinner and when we got home Quinn did his forms one more time in our driveway.