Skip to content
On Thursday I arrived home around lunch time and talked to our gardeners for a bit.  When I went back in to the garage I could heard an insect flapping noise.  Turns out it was a hummingbird.

I opened both sets of garage doors and pulled my car out to the driveway to give the hummingbird lots of room to escape.  But it just kept flying close to the ceiling.  I thought I would just leave the doors open for a while and it would find it\’s way out.

After an hour or so it was still there.  I knew that I was leaving the house at 2 pm and wouldn\’t be home until about 7 pm.  I had read that hummingbirds have such a high metabolism that they will just keep flying until they exhaust themselves to death.

So with the help of google and flowers from some neighbors I devised this contraption to help entice it out of the garage. 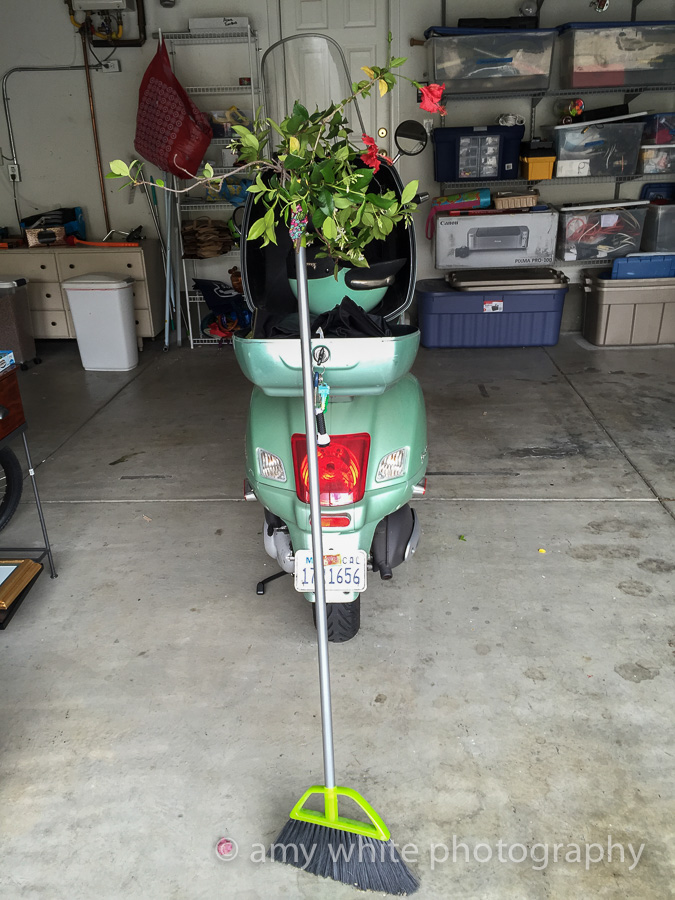 I gave it a try and it didn\’t work.  I waited a while and tried again.  I think by this point it was exhausted, starving, and desperate.   I was able to get it down low but it kept trying to fly back in to the garage.  I finally got it below the opened garage door and had to just block it\’s retreat and force it out.  And away it flew.

Here is one of my failed attempts at getting it out.  As you can see it just wants to fly up.