First the game.  Quinn asked Coach Mike to play First Base and Coach Mike let him.  Don and I couldn\’t believe our eyes.  Quinn is not quite ready for First Base. 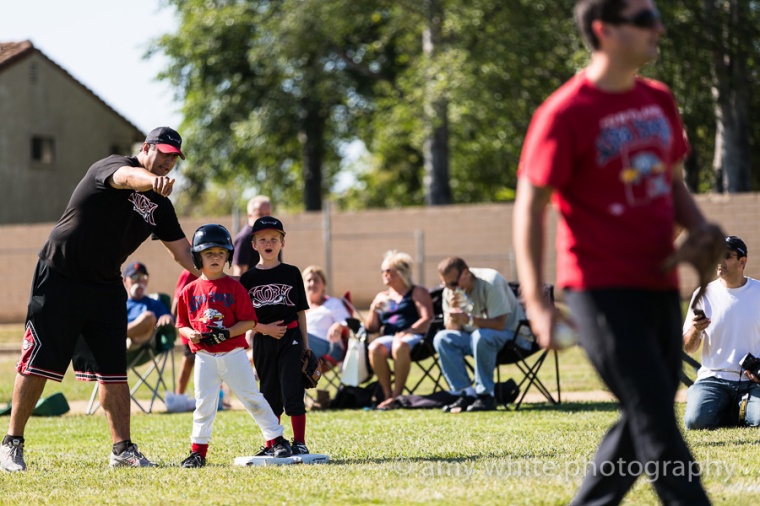 Quinn wasn\’t really paying attention to the game and a teammate threw the ball to him and it hit him right in the chest.  Coach Mike is giving him a pep talk. 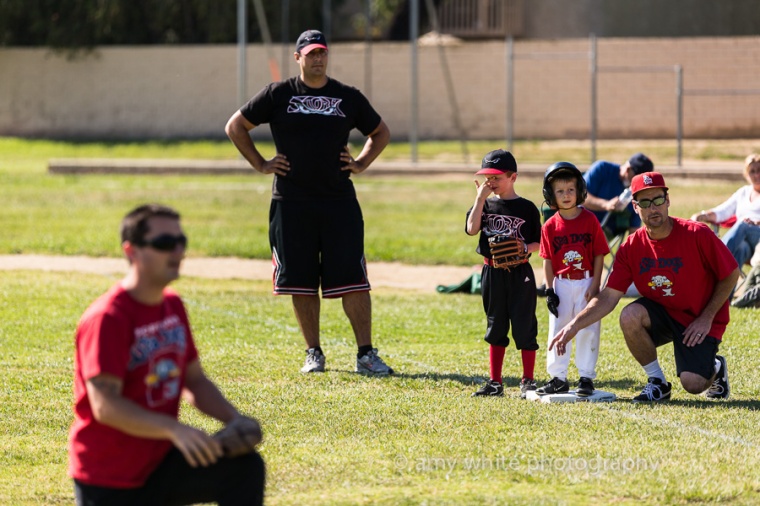 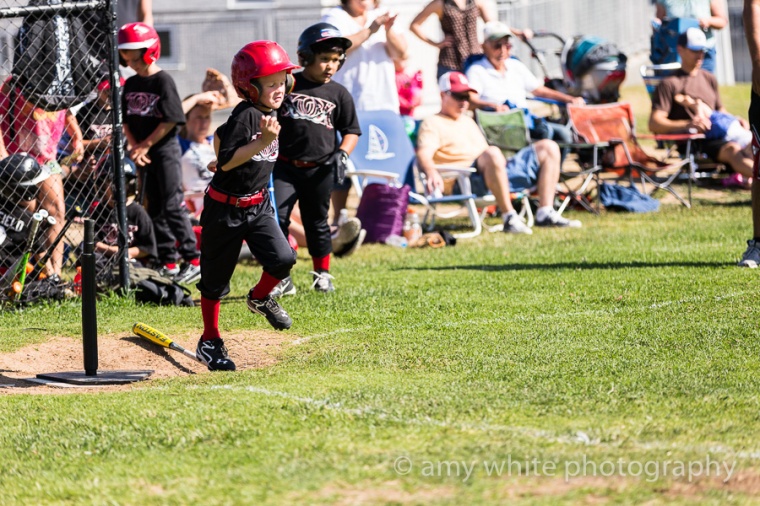 Great game.  The kids love to run the bases after the game.

Although Q isn\’t always excited about his TBall games, he was sad that today was the last game.  But it was a good season with really nice boys on the team and 2 great coaches.
Then it was on to the post game pizza party and trophies!

Quinn and Zach are like two peas in a pod.  I am going to work on getting these two together over the summer.  Zach will be in 1st grade next year at Quinn\’s new school so it would be great for Q to have a friend there. 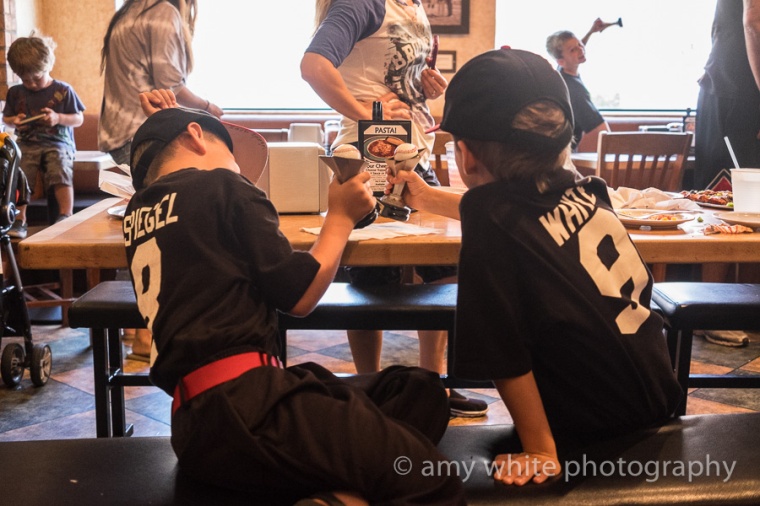 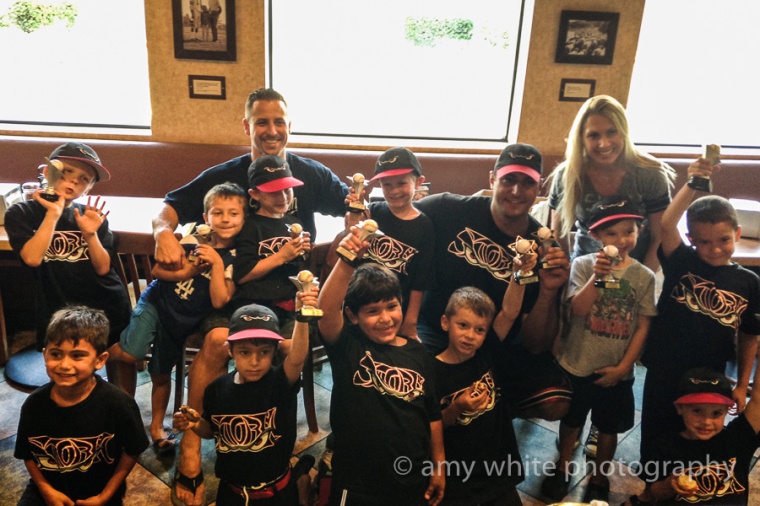 Our spectacular boy with his coaches Dale and Mike.   Quinn was named the Most Improved Player! 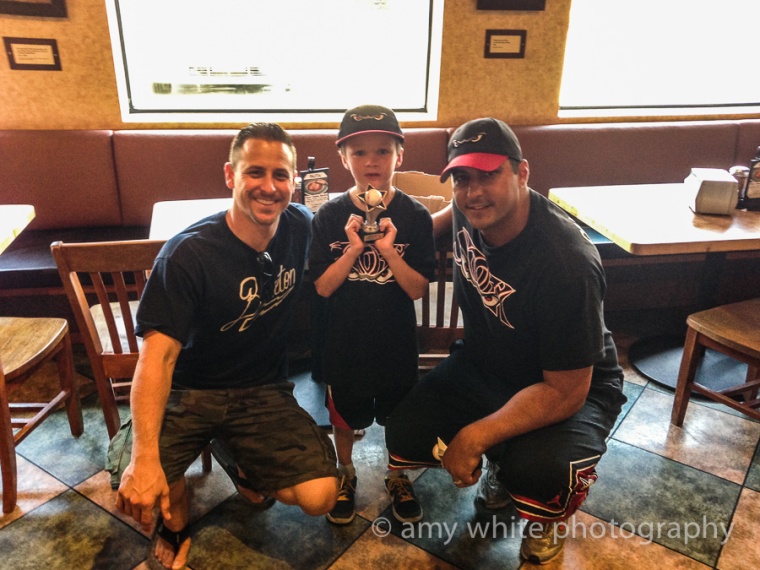 We had had a little break and then it was time for a birthday swim party for one of his teammates.   Today\’s activities gave us a chance to talk to the other parents and get to know them a little better.  I was happy to learn about all the kids that will be going to Quinn\’s new school, Lang Ranch Elementary, next year.

Also invited to the party were neighbors Roland Williams, an exNFL tight end, and Dee Dee Trotter, a gold medalist in track who will be competing in the Rio Olympics in 2016.  An interesting touch on the day. 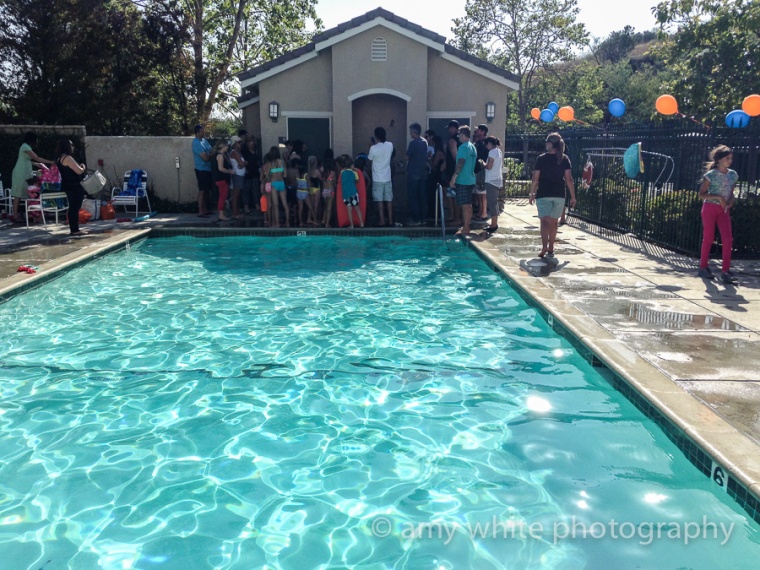 We started our tball day at 8:45 am and finished at 5:15 pm.  Then home for our own pool party and time in the hot tub.  A great end to the TBall season.