Skip to content
Quinn\’s band had their big performance last night at the Thousand Oaks Civic Arts Plaza.  This is the highlight of the semester.
Quinn and his percussionist buddy Dan. 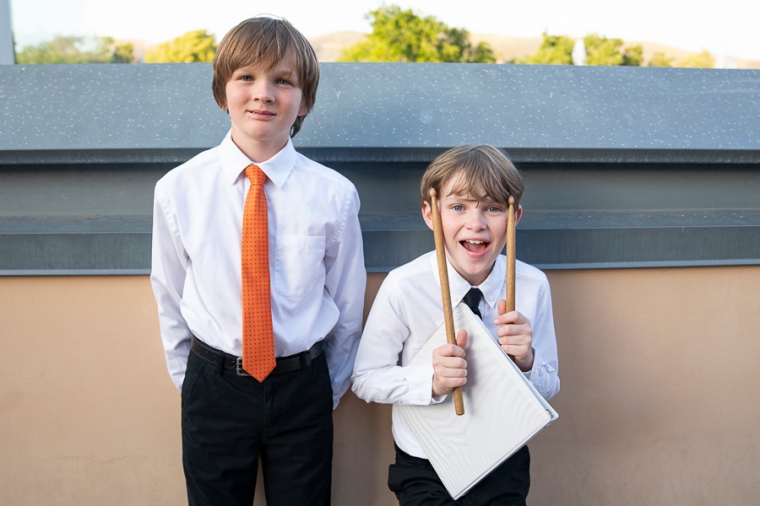 A gaggle of boys.  (This isn\’t my picture but shared from a friend.)  You might remember that Quinn had a high school student give him some sax tutoring.   The brother of the tutor is on the far left of the pic.   Love all the ties! 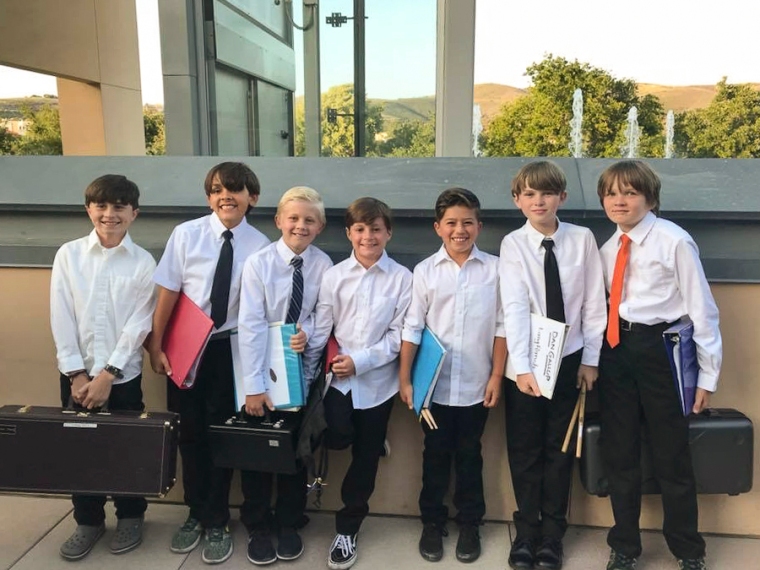 The program from last night.  The district has about 4 nights of performances.  Last night was Quinn\’s elementary school and the middle and high school where he will attend. 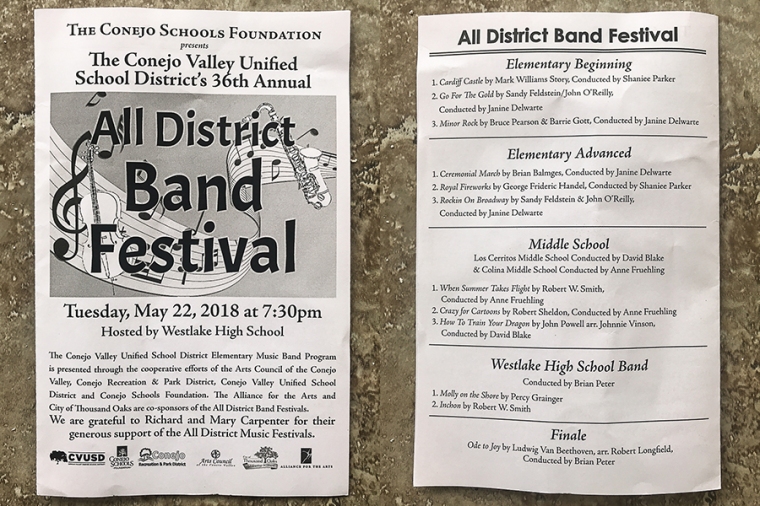 We couldn\’t really see Quinn but knew the general vicinity of where he was sitting.  And after their first song Quinn did his signature move and lifted his sax in the air 🙂 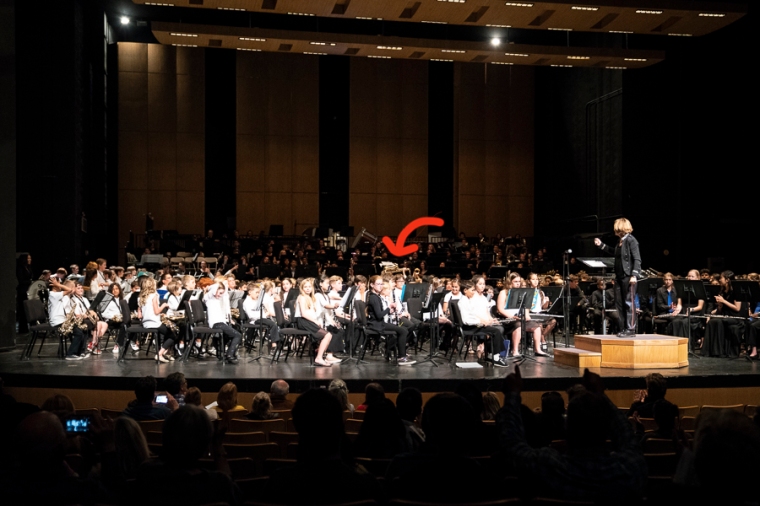 The kids were pretty jazzed up!

Hey, I captured Quinn in this pic.  Can\’t you see him? 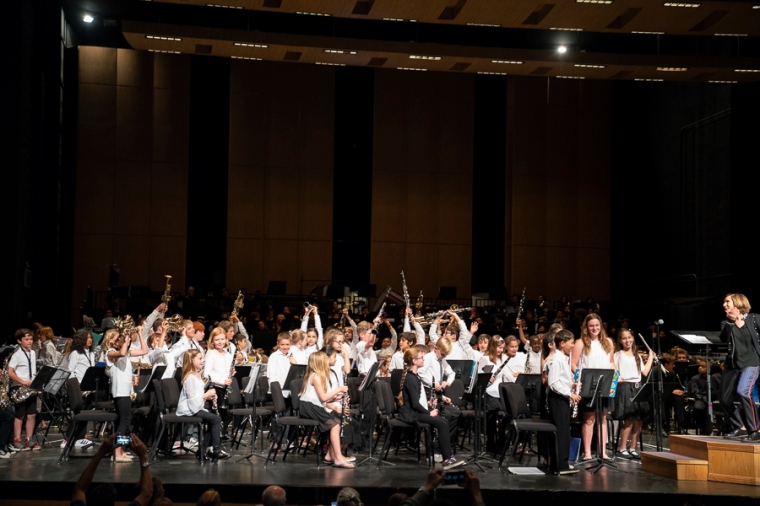 Here\’s a pic that another friend shared so it\’s not my picture.  But a great view from above of the stage.   It was great for the younger kids to see in to their future and for the older kids to see how far they\’ve come.  Most of the high school kids were seniors and this was their last performance together.

The last song all the bands performed together, Ode to Joy.  (This video was shared from a friend.)  If you jump to 1:20 you can hear the transition from elementary to middle and jump to 2:20 you can hear middle school to high.